An aerial view of the Pentacrest with Old Capitol at center, surrounded by (clockwise from bottom left) Schaeffer, MacLean, Jessup, and Macbride Halls. Photo by Justin Torner.

The University of Iowa is seeking state funding to help return the heart of campus to its original use of serving the educational and academic needs of students.

The Board of Regents, State of Iowa, will consider at its September meeting the university’s $88.7 million legislative request to help modernize three of the five buildings that make up the iconic Pentacrest—Macbride Hall, MacLean Hall, and Jessup Hall. Both Old Capitol and Schaeffer Hall were renovated within the last 20 years; however, the three other buildings have experienced few upgrades since they opened more than 100 years ago. The UI would contribute an additional $30 million to the project.

“The Pentacrest is the heart of our campus, and academics are the core of our mission,” says Montserrat Fuentes, executive vice president and provost. “Investing in these buildings means we will be able to serve more students in a central location, and that is an investment in student success.” Students walk past Jessup Hall on the Pentacrest on a fall afternoon. Photo by Justin Torner.

If the Board of Regents approves the request, it will go to the Iowa Legislature for consideration during the next session, which begins in January. State funding for building projects at institutions the board oversees is considered separately from general, ongoing expenses. Approved requests of this kind are typically funded with state gambling revenue.

In 2007, the UI identified the cost of renovating the three buildings as its top priority request for state support. However, both the state and the university agreed to postpone the project after the 2008 flood so that funds instead could be used to address the damage to campus.

The history of the Pentacrest

The Pentacrest comprises four monumental limestone halls organized on diagonal axes around Old Capitol. “Pentacrest,” which means “five on a place of prominence,” was chosen after a 1924 naming contest sponsored by the Daily Iowan after Jessup Hall was completed.

If approved, design work could begin as early as the fall of 2020. No visible construction would begin until fall 2021, and estimates call for completion of all three building upgrades in eight to 10 years. The renovations would correct safety deficiencies, improve accessibility, add new wiring and communications capabilities, modernize classrooms to meet university and industry standards, improve restrooms, renew lighting, and refurbish the buildings’ exteriors in keeping with the historical character of each. HVAC systems also would be upgraded.

“These buildings are historic in nature and are extremely valuable to the university. They’re keepers, and you want to put the programs back into buildings that belong there long-term,” says Rod Lehnertz, senior vice president for finance and operations. “Now that our final flood recovery project has begun, we can shift our focus to how we can better serve the needs of our students by returning the most centrally located buildings on our campus to academic space and student-oriented functions.”

In order to return the buildings to academic use, several units would need to be relocated. Jessup Hall currently houses most administrative offices and many student transactional functions. In tandem with the Pentacrest modernization, the adjacent Calvin Hall and the Jefferson Building in downtown Iowa City would be remodeled to house administrative offices and support services, respectively. Student transaction functions would move to University Capitol Centre to be part of the recently completed service center. Macbride Hall on a foggy morning. Photo by Justin Torner.

Without the modernization and efficiency improvements, continued maintenance on the buildings will prove costly for the university. In 2019, the deferred maintenance and renewal costs for Jessup, Macbride, MacLean halls totaled $30 million. Due to their age and deterioration rates, those costs are expected to exceed $44 million in the next decade.

“The buildings that comprise the Pentacrest contribute to the character and image of the university,” says Lehnertz. “The preservation of these iconic buildings is of vital importance to our students, alumni, faculty, and staff. It is possible to continue to defer renewal, maintenance, and upgrades; however, doing so would be a costly, short-term solution for some of the most significant buildings on our campus.”

Because the university’s flood recovery is nearly complete—the remaining affected building, the UI Stanley Museum of Art, is in the very early stages of construction along Burlington Street—it is time to reorganize campus with a focus on student success.

“When the flood happened, affected departments and classrooms were very quickly relocated to any available space across campus and some in the community,” Lehnertz says. “Now it’s time to focus on some of our most important buildings and make sure they are once again academically oriented. This vision would return these buildings to academic uses that will last another 70 to 80 years.”

The Board of Regents will meet Sept. 18–19 at the Iowa School for the Deaf in Council Bluffs, Iowa. 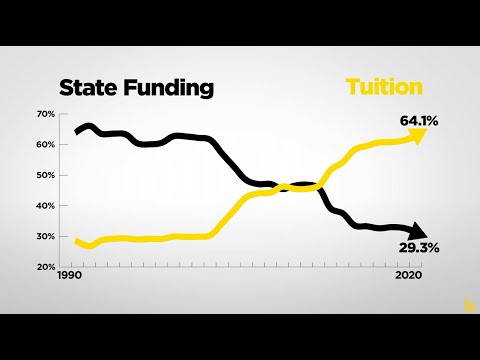