A rendering of the future UI Stanley Museum of Art building from the south. The University of Iowa will host a ceremonial groundbreaking for the museum on June 7, 2019. Rendering courtesy of BNIM.
By: Emily Nelson  |  2019.04.25  |  08:05 am

The University of Iowa will host a ceremonial groundbreaking for a new UI Stanley Museum of Art at 3 p.m. June 7 in Gibson Square Park.

The Stanley Museum of Art will be the final structure to be rebuilt on the UI campus in the aftermath of the 2008 flood. The $50 million, 63,000-square-foot art museum will be located adjacent to the UI’s Main Library and next to Gibson Square Park.

The project will be bid in June, with actual construction estimated to begin in the fall and a public opening estimated to be in 2022. Once complete, the museum will host exhibitions from the museum’s collection as well as traveling exhibits, and provide space for study, research, and storage of artwork. A view of the planned Level 3 terrace. Rendering courtesy of BNIM.

“I am overjoyed that we will be breaking ground for our beautiful new building this summer, and grateful to the many generous donors whose support has made this groundbreaking possible,” says Lauren Lessing, director of the Stanley Museum of Art. “It’s been a long wait, but in just a few years we will be able to bring the Stanley’s world-class collections home to support the education of UI students and to enrich the lives of people across our state. With its welcoming front porch, spacious lobby, art-filled galleries, and rooftop terraces, the new building will be an ideal gathering place for those who want to learn, socialize, relax, and enjoy themselves.”

Fundraising continues as the museum works to raise half of the $50 million price tag for construction. To date, $20 million has been raised.

The collective generosity of more than 344 donors is helping to make the new museum possible. In December 2017, Richard and Mary Jo Stanley, of Muscatine, Iowa, committed $10 million to support the building campaign. In honor of the gift, the museum in April 2018 was renamed the UI Stanley Museum of Art. Gifts of more than $1 million also have been provided by Chris and Suzy DeWolf, David Q. and Mary H. Bell, Nathan and Beth Tross and the Levitt family, and H. Dee and Myrene Hoover.

There are more than 3.1 million people in the state of Iowa, and each one of them owns world-class masterpieces by the likes of Jackson Pollock, Pablo Picasso, and Henri Matisse, as well as ancient artifacts from across the globe. That’s because the University of Iowa Stanley Museum of Art belongs to all Iowans.

Since the flood of 2008, the Stanley has displayed a portion of its collection at several temporary locations, including in the Iowa Memorial Union on the UI campus, the Figge Art Museum in Davenport, Iowa, and museums around the world. Numerous institutions across Iowa have hosted Stanley exhibitions and art as part of the Legacies for Iowa collections-sharing initiative.

The former Stanley Museum of Art building was completed in 1969, although the art collection predates the museum by several decades. Its holdings, considered by many to be one of the top university collections in the United States, comprise more than 15,000 works of art, including some of the world’s most important pieces, such as Max Beckmann’s triptych Karneval, Robert Motherwell’s Elegy to the Spanish Republic, no. 126, and the UI’s most famous painting, Jackson Pollock’s Mural. Museum engages students from disciplines across campus in research and professional opportunities
By: Emily Nelson  |  2018.12.06  |  03:48 pm The University of Iowa Stanley Museum of Art will be named in honor of this transformational gift and the Stanley family’s longtime commitment to the museum
By: Office of Strategic Communication  |  2017.12.06  |  02:21 pm 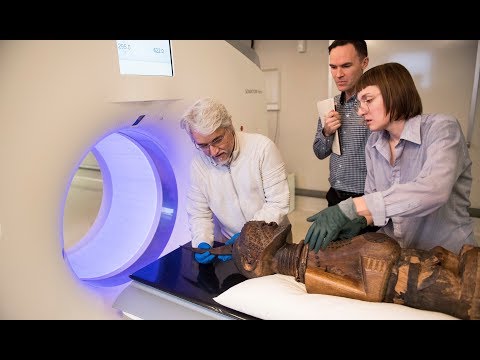