When Tianlu Zhang read about the requirements of the University of Iowa’s annual Three Minute Thesis (3MT) competition, she felt compelled to participate.

“I just had a strong feeling this was something I could do,” says Zhang, a native of Beijing and graduate student pursuing a PhD in second-language acquisition. “I could imagine myself doing this public speech, even though I had never done it before.”

Judges agreed, naming her the winner of this year’s competition for her presentation titled “Frenemy: A Relationship Between Native Language and Second Language.” Zhang—who says she was not always confident speaking English, her second language—admits that initially she could not believe she won. But, as feedback and congratulations poured in from her friends and colleagues, the self-doubt evaporated.

“I tried my best and I got rewarded,” Zhang says.

The Three Minute Thesis competition, known as 3MT, is an annual contest open to master’s and doctoral students and hosted by the UI Graduate College. Competitors are asked to explain their research to nonscientist audiences in three minutes or less, and are allowed to use only one PowerPoint slide as a visual aid.

Zhang came to the UI in 2012 to obtain a master’s degree in teaching Chinese as a foreign language. At the end of the two-year master’s program, Zhang entered the PhD program to study second-language acquisition. She also is a teaching assistant in the Division of World Languages, Literatures, and Cultures.

“We teach Chinese and, at the same time, we study how to teach Chinese effectively,” she says. “You combine your working and studying experiences. They’re reciprocal.”

Zhang’s research primarily focuses on learning to read Chinese as a second language—specifically, what goes on in the mind of non-native speakers as they are reading and interpreting Chinese text. Zhang’s 3MT presentation explored how a learner’s native language—in this case English—affects their ability to learn a second language.

“It’s like the difference between apples and oranges,” Zhang says. “We should respect second language learners as they are and study their characteristics instead of using native speakers as the norm to judge their abilities to use a second language.”

Zhang says she was inspired by the “apples and oranges” theory in part because of her own struggles to learn English as a second language.

“Reading this theory inspired me to realize you don’t have to pursue perfection in speaking or using English,” she says. “You just try your best.”

Participating in 3MT helped Zhang realize what aspects of her research she’s most excited about, she says. It also helped her break what she described as an isolating routine of working and studying.

“I felt like I was living in a bubble and I felt like I wanted to see more and experience more, interact with people from other disciplines and also just meet more people,” she says.

Zhang credits tutors at the Speaking Center in the English Philosophy Building for helping her distill her dissertation into a three-minute speech. The tutors helped her eliminate jargon and pointed out areas of the speech that didn’t make sense to them, Zhang says.

“They’re really great because they’re not from my field, but they’re very knowledgeable about public speaking,” she says.

Ultimately, Zhang hopes her research contributes to the understanding of reading non-native languages, specifically Chinese as a foreign language.

“As native speakers or teachers, we cannot imagine how our students read Chinese because Chinese is our native language,” she says. “This research will help educators understand more about their students and what difficulties they have in reading Chinese.”

Zhang will graduate in May 2019 and plans to teach Chinese in the United States. 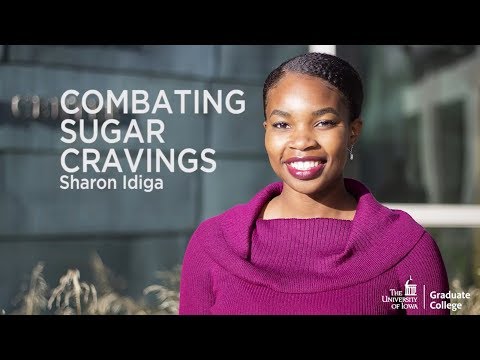