Sharon Idiga, a third-year graduate student earning her PhD in the Molecular Medicine Program at the University of Iowa, has found it difficult to explain her research to people outside of her laboratory, so she participated in this year’s Three-Minute Thesis competition to get some practice.

Read about the other participants here.

“It’s really hard to communicate science to people who aren’t in science,” says Idiga, “and I especially have a hard time communicating science to my family. So it was one of those things—I’m going to need to do this eventually anyway, to describe my research in a short amount of time and in lay terms.”

Idiga’s description of her research won over not only the judges this year but the audience as well. She was named winner and people’s choice award recipient. When her mother called to congratulate her, Idiga says she was able to successfully communicate her research to her.

The Three Minute Thesis competition, known as 3MT, is an annual contest open to master’s and doctoral students and hosted by the UI Graduate College that asks competitors to explain their research to nonscientist audiences in three minutes or less. Competitors are allowed to use only one PowerPoint slide as a visual aid.

Idiga conducts her research in the UI’s Matthew Potthoff Laboratory. Potthoff, an assistant professor of pharmacology, has a lab in the Pappajohn Biomedical Discovery Building, which was completed in 2014 and features six floors of lab space dedicated to solving pressing health care problems such as diabetes, heart disease, and Alzheimer’s.

The Potthoff lab focuses on a hormone known as FGF21, an important hormone about which relatively little is known. The hormone is known to have wide effects on the body—such as reducing sugar intake and lowering body weight—by potentially acting on certain portions of the brain, but how it creates these effects is still unclear. Idiga is studying FGF21 to determine exactly which neural pathway in the brain the hormone uses to lower sugar intake.

“The fact of the matter is that I love sugar, but I’m from a diabetic family and those two things don’t really match well,” says Idiga. “I shouldn’t really be eating a lot of the sugar I eat. So if we can therapeutically use FGF21 to lower sugar intake, it would be very helpful for a lot people, including me.”

Idiga is hopeful that her research can lead to hormone or other therapies that would lower sugar intake and help obese individuals or those with diabetes.

Idiga was born in Nigeria, but at the age of 4 she and her family moved to southern California where she lived until she attended college at the University of California at Santa Cruz (UCSC). Though her parents never received a college education, Idiga and her three older siblings all have college degrees. Like her oldest sister, who is a surgeon, Idiga planned to enter medicine and become a dentist. But when she participated in a summer research program to round out her résumé, she discovered she enjoyed it.

“There’s something about continuously learning that I really liked,” says Idiga. “With research, you’re constantly stimulating your mind; you have to continue to read and keep up with the literature. I love learning, and so I gravitated toward that.”

Now with a taste for it, Idiga did some research with Pradip Mascharak, distinguished professor in the Department of Chemistry and Biochemistry at UCSC, and presented it at a conference where Rick Domann, professor of radiation oncology and then-director of the UI Molecular Medicine Program (formerly Molecular and Cell Biology), saw her presentation and encouraged her to apply to the UI.

Unlike other California transplants, Idiga says she likes the cold in Iowa. The fact that it was snowing when she made a campus visit was a plus. She says the people are nice, the research is compelling, and she likes how Iowa City feels like a small town but isn’t so small that there’s nothing to do.

Idiga is also excited about some recent developments in her work. She says it’s premature to say what those developments are but adds that it’s important to keep working on your research, even when it gets hard.

“For all the grad students out there—I know I’m still kind of baby, but—research is hard. But when it works, when you finally find that answer, it’s the most satisfying feeling ever,” says Idiga. “Things always work out. Stick through it!” 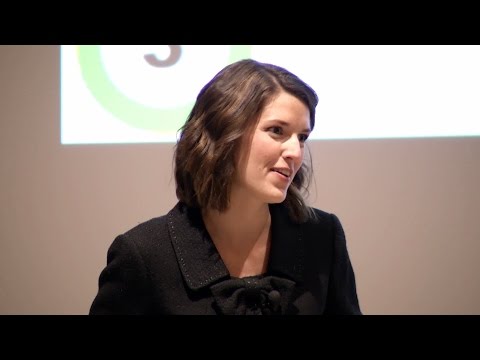