From the infrared ear thermometer your doctor uses to check your temperature to the cordless vacuum you use to clean your car, technology developed by NASA is all around us.

This summer, Iowa native and University of Iowa journalism student Faith Wenger had the opportunity to promote some of that technology as part of her internship with the NASA Johnson Space Center (JSC) in Houston, Texas.

Part public affairs intern, part tech transfer intern, Wenger spent her summer working across departments to create video pieces that highlight NASA-developed technology that could be of use here on Earth.

Wenger, who is also working on a Certificate in Entrepreneurial Management at the UI, has always has been interested in the intersection of technology, communication, and creative media.

While at NASA, Wenger worked with researchers on a video about the Modular Robotic Vehicle (MRV)—an electric vehicle built at JSC as a technology experiment that could later be applied to future manned rover missions to the moon and Mars. Photo courtesy of Faith Wenger.

“I took some entrepreneurship courses alongside my journalism classes so I could combine my writing skills with business,” says Wenger. “After building a business plan in the first class, I learned I really enjoyed marketing and strategic aspects of communication. Knowing I wanted to do more with technology, it was nice to be able to bring these skills all together.”

But the Monticello, Iowa, native says her experience at NASA was launched by a series of UI courses that helped define her career path, and internships that helped her bulk up her skills and build her reel.

“I’ve always enjoyed working with video, but my internship with the marketing and communications department at UI Hospitals and Clinics last year really helped me solidify my interest in how I’d like to use those skills,” says Wenger. “I learned about little editing details to polish my work, how to develop content strategy, and how to work with researchers and professionals, which proved beneficial during my NASA internship.”

Before working at UIHC, Wenger spent a summer working as a marketing intern for On the Road Bus Adventures, a now-defunct company started by a UI alum who led a bus tour across the United States over the course of a month. Wenger was in charge of capturing both photo and video images of the trip, editing them for social media, and using them for other promotional content.

“There were days where I had a GoPro strapped to my chest while I was snapping photos on my DSLR camera, and I’d edit the content while other people were asleep on the bus,” says Wenger. “It was hard work, but it was so rewarding, and it really helped me prepare for my future workloads.”

While at NASA, Wenger worked with researchers on a video about the Modular Robotic Vehicle (MRV)—an electric vehicle built at JSC as a technology experiment that could later be applied to future manned rover missions to the moon and Mars. The two-seated smart car has four independent wheel modules, which enables it to drive sideways and diagonally.

“My entire experience at NASA was great, but I think what I’ll take away is that technology is everywhere. It’s amazing. It’s always changing, and NASA has produced so many things we use in everyday life,” Wenger says. “Everything I had the opportunity to work on was interesting, and it fueled my passion to pursue a career that lets me apply my skills like NASA did.”

As for the future? Wenger would love to land back at NASA or at another job with a similar sense of purpose.

“It was nerd paradise. There was never a day I was sad I had to go to work,” she says. 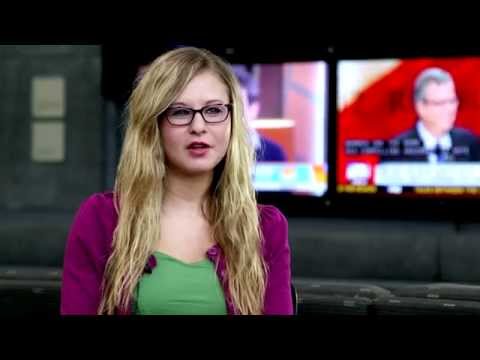