The Iowa Flood Center at the University of Iowa netted one of its largest grants ever by convincing a nontraditional federal agency that rural communities in Iowa need disaster relief.

The IFC traditionally turns to federal entities, such as the National Science Foundation and the Department of Energy, for aid ranging from flood protection to water-quality improvement. But when the U.S. Department of Housing and Urban Development announced it would award $1 billion for disaster resiliency, the IFC decided to enter the competition.

The decision paid off.

In late January, HUD awarded $96.8 million for the Iowa Watershed Approach, designed to sustain the state’s farm economy while protecting vulnerable communities from flooding and water pollution. Local associations will be formed in nine watersheds around the state to manage nutrient runoff, reduce flood risks, and improve water quality.

About $30 million will go to the nine local watershed associations, but more than $11 million will come to the UI to help those entities execute and track their flood-protection and water-quality initiatives.

“This is really a holistic approach to watershed resiliency,” says Larry Weber, director of the UI’s Iowa Institute of Hydraulic Research–Hydroscience and Engineering, home to the IFC. “We have boots on the ground, technical assistance from state and federal partners, and, on the academic side, we can add the science to that, all for the effectiveness of the watershed program.”

The IFC was tempted to apply, in part, because HUD was stepping outside its usual funding purview of awarding money to homeowners and to urban areas. The criteria this time revolved around helping a nation withstand natural disasters of any kind.

And, Iowa has endured several natural disasters in recent years.

Most prominently was the 2008 flood that inundated the state and triggered some HUD money, including funds to the IFC to pilot the watershed management approach. Then from 2011 to 2013, heavy rain prompted eight separate presidential disaster declarations in 73 counties, covering more than 70 percent of the state.

“They weren’t looking to fund research,” says Carmen Langel, director of development and communications at IIHR–Hydroscience and Engineering, who helped write the grant application. “We had to develop a project that served the needs of the state: to make communities more resilient to flooding.”

The Iowa Department of Homeland Security led the initial phase, documenting areas in the state where disaster needs remained unmet. HUD moved the application along, and in June announced the next phase of the process had to be completed in October, just four months away.

There was a lot of work to do to make the deadline, and the IFC got a big assist along the way.

In July, the Rockefeller Foundation invited all applicants to present their proposals to experts intimately familiar with HUD’s grant-approval procedures. Over two days in Chicago, a five-person group from Iowa—Langel, Weber, two city leaders from Dubuque, and a representative from the state homeland security department—explained its application and absorbed comments.

The team’s initial proposal was to ask for limited money to enroll an undetermined number of watersheds.

“It was really valuable because we got some very good feedback there. We were able to explain what we were proposing to do,” Weber recalls. “Their advice was to think big, shoot for the stars, and at least double our request.”

The team left energized, enthused, and thinking on a grander scale.

“That was a big turning points for us,” Langel says. “It convinced us we had a good, viable project. We knew ours was different, and that invigorated us. We weren’t sure going in what we had and how it compared with others.”

Beginning in August, Weber traveled around Iowa, courting stakeholders in watersheds to get on board with the idea. Most leapt at the opportunity.

“It’s the people living in these watersheds who decide where these projects will be built,” Langel says. “They really need to be in charge of their watersheds. So, it’s empowering to them as well.”

Five years ago, the IFC obtained HUD funding to pilot the watersheds approach in three areas: along Beaver Creek in northern Iowa, Soap and South Chequest creeks in southern Iowa, and Otter Creek in northeastern Iowa. The initial successes in those regions emboldened the IFC team to try—and win—again. 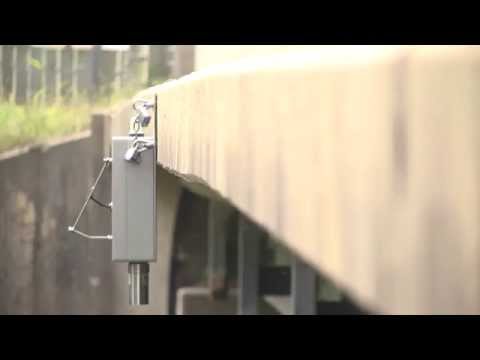