The University of Iowa is sending a delegation to the global climate talks in Paris.

Four students and a faculty expert on water and biofuels will attend the Conference of the Parties (COP) 21 talks that begin in earnest next week. The students, representing three colleges at the UI, will be engaged in various academic and research pursuits, including chronicling daily activities, interviewing Iowa officials at the talks, learning about human rights issues associated with global warming, and understanding how the arts and humanities can get more people interested and involved in climate change.

Jerry Schnoor, co-director of the Center for Global and Regional Environmental Research, will be involved in discussions about biofuels’ usage and how it can be more efficiently produced and used, among other issues. He also snagged a coveted media credential to report on the climate proceedings for the weekly magazine Chemical & Engineering News, published by the American Chemical Society.

The climate meetings, held until Dec. 11, comprise one of the largest gatherings of world leaders, as nations attempt to forge agreement to limit the planet’s warming, mostly through individual country’s pledges to reduce fossil-fuel use and emissions of carbon dioxide. After repeated failures, observers are cautiously optimistic that a global greenhouse-gas limiting approach will be agreed upon, in part because many countries have submitted carbon-reduction plans in advance, including many of the world’s leading emitters, such as the United States and China.

The UI students hope to be in the middle of what could be a historic moment.

KC McGinnis and Nick Fetty, master’s students in the School of Journalism and Mass Communication, plan to file daily dispatches from Paris for the Iowa Environmental Focus website. They aim to speak with Roy Buol, the mayor of Dubuque, who’s organized a session on the role of river basins in food production and water quality as part of a delegation from the Mississippi River Cities and Towns Initiative, and chat with Des Moines Mayor Frank Cownie. Additionally, they want to convey vignettes from some of the 45,000 participants expected at the meeting.

“I hope to talk to folks from other countries around the world about the intersection of agriculture and water quality in their respective communities,” says Fetty, a UI graduate from West Des Moines who’s making his first journey abroad. “This trip will be a great networking opportunity to connect with people who have similar research interests as I and perhaps even connect with people who might have leads about jobs for when I graduate in May.”

McGinnis, a UI graduate from the southwest Iowa town of Glenwood, says he’ll seek forums “that are addressing similar challenges to those faced by Iowans in light of climate change and environmental degradation.”

Andrea Cohen is going as a doctoral candidate in the College of Education and will have updates from Paris on a blog. She wants to understand better what climate change means for people in general.

“I’m trying to make that translation to everyday people,” says Cohen, a past commissioner for the City of Iowa City Human Rights Commission.

Kelsey McGinnis will produce content for the Center for Human Rights, part of the UI’s College of Law. The doctoral candidate in musicology is attending the Paris meeting to learn how music can be interwoven with climate change and help promote environmental activism.

“I see environmental justice as a human rights issue, and I believe that music-and the arts in general-have agency that can help bring about culture change. Culture change will be necessary if we are going to see large-scale, grassroots actions to care for our environment,” the Johnston native says.

Meanwhile, Schnoor will be in meetings dealing with biofuels, mostly sponsored by the World Business Council on Sustainable Development.

“It is important that we improve the environmental performance of biofuels in Iowa (and everywhere) if they are to be an important part of our transportation fuel mix in the carbon-constrained future,” said Schnoor, a civil and environmental engineering professor in the College of Engineering. 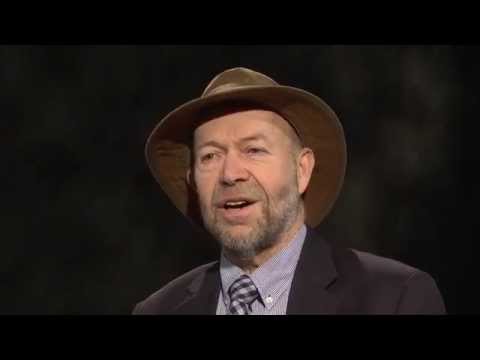