A new marketing campaign for Pancheros restaurants rolling out this week features a component developed by a team of University of Iowa marketing students as part of a class project.

The campaign is focused on the Iowa City-based Mexican grill’s expansion to East Coast markets in Florida and Maryland. Reid Travis, Pancheros’ director of marketing, says the students’ proposals focused on social media and fit well with the company’s overall branding and marketing approach.

The class, Advertising Strategies, was taught last spring by Rob Rouwenhorst, a member of the Tippie College of Business’ marketing faculty. Rouwenhorst divided the students into teams, each of which developed an integrated marketing campaign for Pancheros. Each team then presented its campaign to a team of experts—including Pancheros Chief Marketing Officer Reid Travis—who selected the best overall campaign.

Although the company was under no obligation to use any of the ideas that came from the campaigns, Travis was so impressed with the ideas presented by the winning team that he’s incorporated some of them into the actual campaign.

“Anything they had done, I could use immediately,” Travis says. “They used the correct voice, and they didn’t copy anything. They created something familiar but not repetitive.”

The new campaign also includes television spots and newspaper advertising, but the students’ ideas were included in the social media portion focusing on the team’s clever use of social media in a way that reinforces Pancheros’ long-established whimsical marketing voice. The centerpiece, for instance, is an illustration of the company’s burrito press as if it was drawn by an engineer. The illustration is catchy enough and versatile enough that while it can be used in social media as, say, the cover illustration on Pancheros’ Facebook page, it can also be used outside of social media, on a t-shirt, or an in-store poster. Travis says the company will also incorporate the students’ ideas for an Instagram campaign that provide a deeper look into the humorously fictional mechanics of the burrito press. The point of it, he says, is to set Pancheros apart from its primary national competitors, Chipotle and Qdoba, and reinforce the idea that Pancheros is a fun place to eat.

“I appreciated the professional approach the students took and how they saw us as a client,” Travis says. “They went the extra mile with their research as if they were an agency bidding for the work. I went in with high expectations, and they were exceeded.”

The students worked with Travis and the company’s ad agency over the summer to develop the ideas further and incorporate them into the new campaign. Travis says the campaign was tricky because it’s being used not only in existing markets, where the company is readily familiar, but it’s also introducing Pancheros to new markets where Chipotle and Qdoba, as well as local and regional restaurants with similar themes, are already established.

“Their ideas work in either market, where people know us and where they don’t,” he says.

For their part, the students enjoyed working on the campaign, especially since it was for a product they were familiar with (they all eat often at Pancheros), and which was readily understandable.

“It was easily accessible and understandable to convey Pancheros’ message since it’s such a big part of Iowa City culture and we live here,” says Matt Butler, a senior from Bettendorf who parlayed the experience into an internship this fall with Pancheros’ marketing department. “We could also tell our roommates what we were doing in class and they understood.”

Olivia Kabacinski, a current senior from LaPorte, Indiana, also worked on the project, along with Rebecca Oberhauser, Erin Copeland, and Marissa Streit, who were seniors when they took the class and graduated from UI last spring. 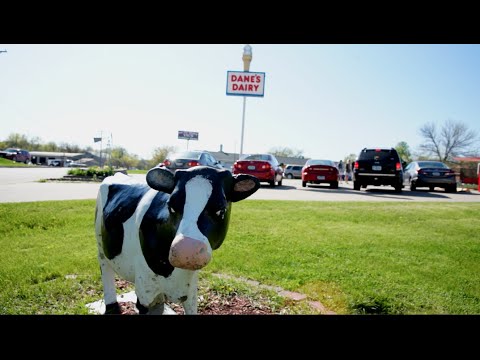