Do you remember your first word? Or, in this context, perhaps the question should be, was it delivered in tune?

She won the Miss Iowa 2011 Scholarship and the Miss America 2012 Finalist (top 10) Scholarship.

She spent her senior year of high school recording and performing in London and Croatia with Hana Huljic of Croatia and Lucy Ely of England as part of the classical-crossover female trio MODA. MODA held three showcases for Warner Brothers, Sony, and Universal Records in London.

Prior to her university studies, her training included time at the Oberlin Conservatory summer program and Westminster Choir College summer program.

During her time at the UI, she won the University of Iowa Aria/Concerto Competition, and received numerous scholarships, including the Iowa City Music Study Club Scholarship, the Herald Stark Opera Scholarship, and the Professor Rex Montgomery Scholarship.

“I began singing at a very early age, really before I could talk,” says Jessica Pray, a University of Iowa student from Johnston, Iowa, who will graduate this weekend with a Bachelor of Music in vocal performance and a Bachelor of Arts in ethics and public policy. “I’ve long been involved in performing arts: I started piano at age 7 and did ballet for many years.”

By the time Pray was in high school, she really came to understand that her voice was well suited for opera. During those high school years, she worked with a teacher from Drake University, and fell in love with the genre.

With that in mind, she found herself pulled toward the University of Iowa, and everything it had to offer a student with her interests and ambitions.

“When I looked at UI, I was looking for a comprehensive program—one where I could choose classes for voice along with others courses that would develop myself as a whole,” Pray says. “When I came here, my goal wasn’t absolutely to be an opera singer, but after working with many teachers, I realized it was a viable option. I came here with a dream that will be realized.”

During her time at the School of Music, Pray has held numerous roles in UI and community opera productions, including Lydia Larkspur in The Rivals, Adele in Die Fledermaus, and Servilia in La Clemenza di Tito.

Pray credits the UI School of Music, with an environment that emphasizes personal interaction, as the launching pad toward realizing a career in opera. “The faculty have been with me since day one,” she says, citing the example of working with voice professor Rachel Joselson closely for the past five years. “I can go to my professors and get valuable feedback—they know me, they know my strengths and weaknesses.”

Pray has embraced being pushed to better herself—“Why else would I be here?” she says with a laugh—but knows that if she wants to be successful, it’s up to her to put in the work. And she does just that—her professors will vouch for that.

“Perhaps what has impressed me the most in our individual coachings is her focus,” says Wayne Wyman, opera coach in the School of Music. “Many times we’ve spent almost the whole hour honing a new concept or polishing small details in a single aria or song. She devours this intense work with gusto and invests herself fully.

“This ability to concentrate is something that eludes even some professionals in our field and I think it is testament to her dedication to the art and her thirst to be the best she can be.” Jessica Pray performs during dress rehearsal for “The Rivals,” the University of Iowa’s spring 2015 opera production. Photo by Tim Schoon.

That’s not to say that Pray has been one-dimensional in her studies. She entered the UI as a voice and theatre arts major (the latter provided great acting coursework). After serving one year as Miss Iowa, which involved numerous singing engagements across the state, she got a little burned out.

“I sort of forgot why I liked to sing,” she says. “I had to rediscover why I loved to sing…but I didn’t do that right away.”

Instead, after returning to school, she added a new major—ethics and public policy—with an eye toward entering law school. Even though the law school path was not followed, Pray ended up loving everything about her new major.

“I’m taking philosophy classes, sociology classes, economics, political science—really rounding out things that I didn’t have on my course schedule before,” Pray says. “I did eventually rekindle my love for singing, realizing I really do want to be an opera singer, but I kept the other major. I find the issues interesting, and I think the degree program has made me a more interesting person.”

After receiving her degrees from Iowa, Pray will head to Yale University in the fall, receiving full tuition and a fellowship. (No small feat: the program accepts only eight people each year.) After completing that two-year program, Pray looks forward to starting her freelance opera career, finding contract work all over the country and overseas.

“I don’t have one specific goal at this point,” she says. “I will take the skills I’ve cultivated here at Iowa to the East Coast, and I will discover new goals and dreams along the way. I’m going to do what I love.” 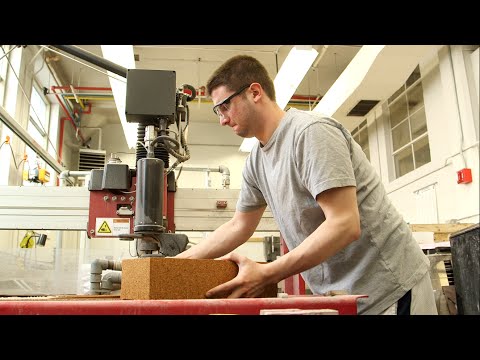