Heather Jackson came one step closer to realizing her dream when she graduated from the UI College of Law earlier this month—and, very soon, she'll have the opportunity to serve alongside career public defenders representing clients through the Gideon Fellowship position at the Office of the State Public Defender in Waterloo, Iowa. Photo by Tim Schoon.
By: Hayley Bruce  |  2015.05.28  |  10:53 am

Heather Jackson has always wanted to be a lawyer.

Ever since joining her middle school mock trial team, the Dubuque, Iowa native has practiced her trade with the hope of earning a law degree that would, one day, help her use her passion for argument to serve Iowans as a public defender.

“I think lawyers can do a lot of really great social work outside of the courtroom,” Jackson says. “You’ll find them all over the place working, volunteering their time, and dedicating themselves to their communities—that was one of my biggest motivations for becoming a lawyer. I not only have the desire to work for other people, but I want to have the educational background to be influential when I do it.”

Administrative Director &
team member of the UI Moot
Court Board

Assistant Director & team member of the UI Trial Advocacy Board

Jackson came one step closer to realizing that dream when she graduated from the UI College of Law earlier this month—and, very soon, she’ll have the opportunity to serve alongside career public defenders representing clients through the Gideon Fellowship position at the Office of the State Public Defender in Waterloo, Iowa.

During her time as a student, Jackson played key leadership roles on Iowa law’s Trial Advocacy and Moot Court. And, though her nearly 14-year mock trial career has drawn to a close, she says the experience she’s gained inside and outside of the classroom has helped prepare her for the real thing.

“Court performance makes you extremely comfortable talking in front of an audience and people who are there to criticize you,” Jackson says, adding it has also helped familiarize her with the rules of evidence and general courtroom procedures.

Jackson has also had the opportunity to assist with document review for a felony trial and make arguments in front of a judge for misdemeanor cases through an externship with the Dubuque Public Defender’s office during her last semester. “Heather had a goal in mind from the moment she walked into law school. She worked step by step to reach that goal, and now she hasn’t just reached it, she’s exceeded it,” Hughes says.

Hughes, who worked as a public defender in Iowa for a time before becoming a professor at Iowa Law, says it’s been particularly special to mentor Jackson and see her embark on a similar path.

“She’s someone who started strong, and it’s amazing to see where she ended in terms of her professional growth as a lawyer,” Hughes says. “She essentially practiced as a first-year attorney in a public defender’s office as part of her externship. They gave her that kind of responsibility because she’s absolutely capable of doing that.”

Though extremely driven and involved, Jackson says she wouldn’t be the confident graduate she is today without the help of Iowa Law’s faculty.

“I feel like the professors at Iowa Law are really involved in our educational process and making sure we are comfortable with practicing when we leave,” Jackson says, adding she not only had the opportunity to learn from Hughes, but also from a former justice of the Iowa Supreme Court during her time as a student.

Now, Jackson says she’s thrilled to be staying in Iowa to practice, which was always her intent.

“I love the state of Iowa. I think the legal community in this state is incredibly helpful,” Jackson says. “The lawyers I’ve met from all over the state and many of the alumni I’ve had the opportunity to meet through Moot Court have shown me how willing to help people are in this state. Iowa is just one big community and I like it that way.”

In turn, the Iowa law community is excited to have her close by.

“I also supervise students in a public defender clinic, so I’m looking forward to continuing to interact with Heather as a colleague, rather than as a student,” Hughes says. “Maybe soon, in a couple of years, she’ll be supervising one of our externs.”

Jackson’s fellowship, which will give her the opportunity to represent clients, try cases, and participate in training and mentoring with career public defenders—is set to begin in October 2015.

In the meantime, she’ll be studying for the Iowa Bar exam. 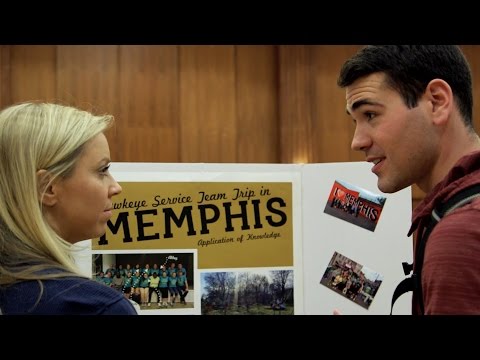