Future doctor continuing to learn inside classroom and in the community
Video by Clarity Guerra
By: Clarity Guerra and Anne Bassett   |  2015.05.14  |  04:00 pm

Not many people grow up with a Big Ten university just a few blocks away. But Brian Wall says while he’s always loved the Iowa City community he didn’t realize just how much more his hometown—and the University of Iowa—had to offer until he became a Hawkeye.

“When I was in elementary school and high school, I didn’t really see downtown and the UI campus that much. But I pretty much always knew I wanted to stay around here,” says Wall. “I’ve really enjoyed the experience of being able to find out more about a community and school I already knew a lot about—there’s always more you can learn.”

Volunteer coordinator for The Courage Ride, which raises money for the UI Holden Comprehensive Cancer Center

And Wall’s drive to continue learning, keep busy, and serve the community is the reason why he’s seemingly always on the go. He’s involved in a number of student organizations and community groups, all while double majoring in health and human physiology, and Spanish, and double minoring in economics and chemistry.

“One of things I love about going to a large university like the UI is that there’s endless opportunities in our classrooms and how easy it is to keep on finding new things. It’s an amazing thing to have as a student looking for more things to learn,” says Wall. “Another thing that impressed me is how much the teachers care. I know there’s a stigma with large universities that it’s hard to meet faculty, but I haven’t experienced that at all.”

Wall adds he’s also been able to meet some incredible mentors at the Center for Student Involvement and Leadership (CSIL), through his experiences with Dance Marathon, and the Alternative Spring Break program.

He’s been involved with Dance Marathon, the UI’s largest student organization, for four years, most recently serving as family relations director. This year, Wall was a part of another record-breaking year for the event, which raised $2,001,856.21 “For The Kids”—nearly $300,000 more than last year.

“Dance Marathon itself has given me so much in terms of giving back to my own community. It’s shown me the impact—financial and emotional—you can give back to whatever community you may want to be a part of,” says Wall. “It’s also introduced me to some incredible people here at Iowa, from advisors to community members to the Dance Marathon families, as well as the employees over at the UI Children’s Hospital who are so important to what we do.”

Over spring break, Wall was one of nearly 130 students who headed out as part of “Hawkeye Service Teams” on nine trips across the country, which promoted service learning, social justice, and community building. Wall was the student team leader for the trip to Memphis sponsored by Dance Marathon, which addressed social determinants of health in the city. The UI is one of a growing number of programs in the country that require students to participate in an academic course for credit as part of the Alternative Spring Break experience.

“One of the important things about the Alternative Spring Break class is that you learn how to be a civically engaged citizen—an active citizen,” says Wall. “I think if we can get more students to care about their communities, whatever that community may be, it’s very important for our generation.”

“These experiences wouldn’t happen without students like Brian,” says Paul Mintner, coordinator for leadership programs in CSIL. “But I think beyond the fact that they provide a really important and high level of care and work, it’s a great leadership development opportunity.”

Wall says he’s thankful for all the opportunities he’s had at the UI and knows they’ll be instrumental in helping him—and others—in the future when he becomes a physician and interacts with patients.

“I don’t want my job to define who I am,” Wall says. “Everything that I do in my future and the experiences that I’ve had at Iowa really connect me to my community and I think that’s important as I go on in my life.”

As for what’s next, Wall will be graduating in winter 2015 and applying to medical schools this summer. Ideally, he’d like to go to the Carver College of Medicine—so he can continue learning even more about the school and community he loves so much. And he’ll stay busy, of course.

“Brian is an exemplary Iowa student,” says Mintner. “We want these super-engaged students who are willing to take some risks, try new things, and explore, as well as ask questions and be able to say ‘I don’t know.’ I think Brian can do whatever he wants to do. He’s very well prepared and we’ll miss him a lot.”

“If I had to sum up my experience at Iowa, I would say I felt empowered. I had no idea that there were all these opportunities available—being able to experience them was extremely gratifying and rewarding,” says Wall. “I know I’ll always be a Hawkeye.” 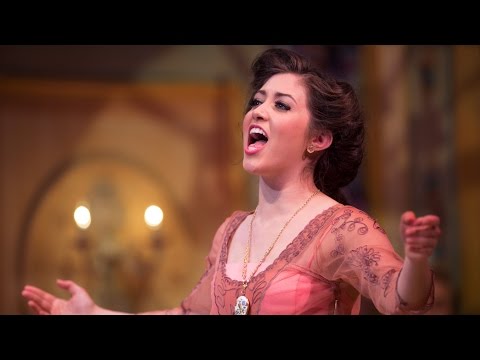