Christopher (C.J.) Winters works as lab assistant in the UI Carver College of Medicine Department of Internal Medicine. Winters is the State of Iowa and UI campus student employee of the year. He’s one of nine UI students recognized for exemplary performance in campus jobs during National Student Employment Week. Photo by Tim Schoon.
By: Anne Bassett  |  2015.04.15  |  10:13 am

Christopher (C.J.) Winters says it was easy to decide where he was going to work at the University of Iowa as a student employee nearly two years ago. But he had no idea the choice to become a lab assistant in the UI Carver College of Medicine Department of Internal Medicine would impact his life in so many positive ways.

“I had three or four job offers,” says Winters, a senior biomedical engineering major from Oelwein, Iowa. “It’s the best thing I’ve ever done so far. I’ve learned so much from everyone and working here was one of the major deciding factors in wanting to become a doctor.”

Winters was originally hired to assist a junior faculty member with research studying allergic asthma. But when that faculty member left, Winters continued to help maintain the research project and, according to his supervisor, his efforts far exceeded expectations. He’s also conducted an independent research project and is first author in an article that will be submitted for publication in a peer-reviewed journal. In addition, he’s made important contributions to two other publications.

Now, Winters can add being recognized as the State of Iowa Student Employee of the Year to his list of accomplishments. He’s one of nine UI students recognized for exemplary performance in campus jobs.

Winters was also named the UI Student Employee of the Year, based on criteria established by the National Student Employment Association. Supervisors nominate students for reliability, quality of work initiative, professionalism, and uniqueness of their contributions.

“C.J. is extremely organized and very reliable, and he’s the only undergraduate student in my lab who has ever conducted a complete independent research project,” says Isabella Grumbach, UI associate professor of internal medicine and a member of the Pappajohn Biomedical Institute. “The quality of his work is extraordinary and you can always count on him—we really do.”

As for Winters, he says the real recognition belongs to Grumbach and her team because the opportunity to be a student employee helped him not only learn important skills, but help confirm his career path.

Now, he’s looking forward to starting this fall at the Carver College of Medicine and either specializing in rural medicine or working in academia.

“Everyone here really helps me out, and I could never say thank you enough,” says Winters. “As an undergrad, I’m the one who is lucky to be learning from all of them.”

President Sally Mason will honor Winters and other campus winners during an April 21 luncheon.

Other UI award recipients include:

Tvedte, a fourth-year biomedical engineering major from West Branch, Iowa, has been employed with CAMBUS since August 2012. Now, he trains approximately 80 new transit coach operators each year along with evaluating 135 bus drivers. When CAMBUS experienced a shortage of drivers during fall 2014, Tvedte helped train over 106 new drivers to meet the needs and maintain service. He’s also evaluated the training process and made several improvements to the training manual and program, and as his nominator put it, he truly believes in the three “S’s” of CAMBUS (Safety, Service and Schedule) and performs as a seasoned professional.

Wilson, a third-year art major from Mount Vernon, Iowa, has been employed with the Division of Performing Arts production department since September 2012. According to her nominator, she has a real gift to work as part of a team; she brings a calm and level-headed approach to work that often is complicated by extraordinary time shortages and is often able to find a way to not only complete a project, but far exceed expectations when others might give up. Wilson has contributed to the overall success of at least 25 different productions through her artistic skill and judgment that, her nominator adds, “often made the impossible possible.”

Bozorgzadeh, a fourth-year electrical and computer engineering major from Marion, Iowa, has been employed as an HPC Systems Administrator for ITS – Research Services since August 2012. Bozorgzadeh has the primary ownership of vetting and creating new high performance computing user accounts, and suggests and implements changes for improvements to this process. He also has reviewed and rewritten scripts for the HPC reporting system to improve reporting and remove anomalous results. According to his nominator, Bozorgzadeh is comfortable working as part of the ITS team to raise concerns and jumps in to fix issues—and even senior staff seek him out with questions.

A fourth-year electrical and computer engineering major from Waterloo, Iowa, Brauer has been employed in the Language Media Center since August 2012. According to his nominator, Brauer is a self-starter who volunteers for new opportunities. In spring 2014, he helped record and produce three videos featuring Fulbright foreign language teaching assistants from Tanzania, South Korea, and Egypt, which was a collaborative effort with other UI staff and graduate students. He also volunteered to manage the computer-loaner program, so that machines could be updated and circulation could be improved to reduce wait time for customers.

Freeman, a fourth-year psychology major from Grinnell, Iowa, has been employed as a trainer/coordinator for Parking and Transportation since November 2013. Recently, the department made large operational changes concerning 23 regularly cashiered facilities and 150 student workers.  Freeman was influential in the decisions regarding rotating shift times, transport/pick up changes, and additional cashier training and orientation. According to his nominator, because of his influence, Parking and Transportation has seen great improvements from cashiers in regards to recognizing parking validations and passes, machinery troubleshooting, customer skills advancement, and overall increased confidence on the job.

A fourth-year electrical and computer engineering major from Iowa City, Iowa, Geest has been employed as an application developer for Business Services since January 2015. Initially employed with CAMBUS in August, 2011, Geest is a standout example of someone utilizing his coursework and learning from the classroom to make improvements across campus, according to his nominator. He volunteered while at CAMBUS to help develop web applications to assist with driver training and evaluation processes, then moved on to Business Applications in order to use his technical expertise even more. He is currently working through Business Services to assist Parking and Transportation with a Helios application.

Steinauer, a fourth-year accounting major from Macomb, Illinois, has been employed as an accounting assistant for the Division of Sponsored Programs since May 2014. Among the duties is the budget review of grant proposals in an efficient and accurate manner so that the proposals can move quickly through the process and meet tight deadlines. She also ensures that UI fringe benefit and indirect cost rates are appropriately applied. In addition, Steinauer has created many forms, and even an ICON course, to help users understand the grant process. According to her nominator, Steinauer continually demonstrates her professionalism and maturity through her work ethic, as well as verbal and written communication skills.

Strattan, a fourth-year health and human physiology major from Urbandale, Iowa, has been employed as an office assistant and intern with UI Health Care Marketing Communications, External Relations, since November 2013. According to her nominator, Strattan has helped advance the reputation of the UI Health Care STEM Education programs throughout the community and the state. She’s led the efforts to organize the STEM supplies and curriculum to better utilize the resources for the more than 100 STEM requests received each year. She’s also built and maintained the database crucial to the efficiency and effectiveness of the program. 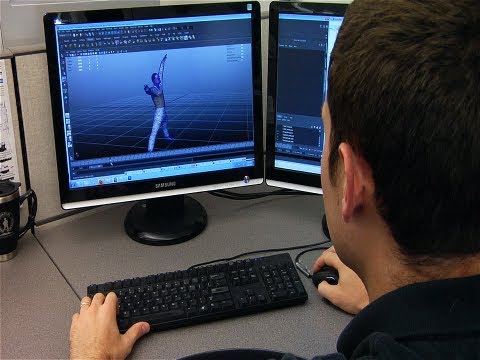