Lifelong yearning to help people continues through lab research, volunteerism
When Grant Young came to the UI four years ago, it was an easy choice to major in biochemistry and pre-med. His urge to volunteer kicked in, leading to work in the Burn Treatment Center and as a research assistant
By: Kirk Murray and Brittany Borghi  |  2015.03.11  |  04:14 pm

The elevator doors open at Bartels Lutheran Retirement Community in Waverly, and inside stands 6-year-old Grant Young, dutifully ready to press the Ground Floor button and help send elderly patrons on their way to Sunday church.

As he got older—and could finally see over the top of a wheelchair—he’d be one of the escorts, alongside his family members, making sure the older members of his community could worship and eat lunch together.

“My family has definitely instilled in me the idea of helping others,” Young says.

When he wasn’t volunteering, Young was outside playing sports—and sometimes, getting injured. He had minor scoliosis, too, and often found himself in front of an orthopedic surgeon.

When Young came to the University of Iowa four years ago, it was an easy choice to major in biochemistry and pre-med. His urge to volunteer kicked in, and Young started donating his time to the Burn Treatment Center at the University of Iowa Hospitals and Clinics. He did basic tasks like stocking supply rooms, but also helped nurses give burn patients their baths. The very first patient he saw had a flesh-eating disease called necrotizing fasciitis, and doctors had to cut out all of the infected skin down to the muscle.

“I was shocked by it, because I’d never seen anything like it before,” Young says. “But I didn’t get sick, I didn’t faint—that was a good sign to me that I was able to go through this stuff.”

His conviction in medicine validated, Young started working as a research assistant under biochemistry professor Lori Wallrath, studying the genetic mutations that cause muscular dystrophy. They study the mutations in fruit flies, because the insects are genetically similar to humans.

For the last few years, the lab has been looking at severe mutations that kill fruit fly larvae before they make it to adulthood, and they’ve found that the larvae exhibit a symptom known as reductive stress, which has also been found in mice. The lab has been able to compare those results with donated human muscle tissue from the University of Iowa Hospitals and Clinics, and the human tissue presents symptoms similar to those in the flies and mice.

Young will be a co-author on an article the lab hopes to soon publish, which could lead to future treatments for patients living with muscular dystrophy.

But Young certainly hasn’t been stuck in the lab. He also spent one week during a summer working at Camp Courageous in Monticello, Iowa, which caters to individuals of all ages with disabilities. Because of his background, Young ended up working with children diagnosed with muscular dystrophy. That experience, he says, brought all of his work in the lab full circle.

“It’s been a long stretch, and I have a lot more ahead of me, but I am definitely very grateful for the experiences I’ve had and the knowledge I’ve learned from the university. I’m looking forward to applying what I’ve learned in my career,” he says.

Wallrath saw Young’s dedication and nominated him for an American Heart Association fellowship in early 2013. Young was one of just a handful of undergraduates from the Midwest selected for the program; the funding allowed him to continue research full time through the summer.

That led to Wallrath nominating Young for the Iowa Center for Research by Undergraduates Excellence in Undergraduates Research Award, which he also received in 2013. That award is funding Young to attend the 56th Annual Drosophila Research Conference in Chicago, where Young will be able to network with 1,400 other scientists in his field.

“He takes his academic life very seriously, he thinks hard about his career goals and his future, and he also really understands the science behind what he’s doing in the laboratory, and that’s a real key to bringing that picture complete,” Wallrath says. “Being able to complete projects to the point of where they’re published is a huge thing to be able to do as an undergraduate.” 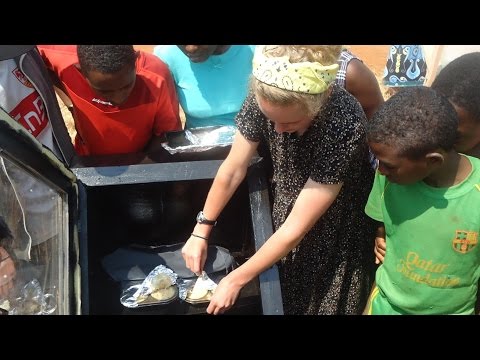