Allison Kindig did her homework before coming to the University of Iowa. Four years later, her preparation is still paying dividends.

The Cedar Rapids native and industrial engineering major recalls looking for a school that would offer her the opportunity to study a variety of subjects ranging from engineering to international business—and more.

Recipient of a Stanley Scholarship to travel to Cameroon in 2013

Iowa Trihawks Triathlon Club run captain and bike team co-captain; additionally, she is building her own triathlon bike as part of the student-designed course she created called Bike Building and Business.

The growth of the India Winterim program has been phenomenal. Allison Kindig helped the program cross a milestone this year: student participation has surpassed 1,000.

The program welcomes all students to participate in an academic/research oriented study abroad program in their own chosen field of study.

“When I was in high school, I was looking at the different programs the University of Iowa offered, and I was getting excited about what I could do as a Hawkeye,” Kindig says. “I found this India Winterim (2011-2012 winter break) study program and started looking at some of the classes. I decided ‘I want to do this and I want to do it as soon as I can.’”

During her first semester, she met with H.S. (Uday) Udaykumar, professor of mechanical and industrial engineering in the UI College of Engineering, enrolled in his class, and traveled to northwestern India. Once there, she and her classmates built a small solar cooker and demonstrated it to local villagers.

The goal was to encourage people to build and use their own homemade solar cookers in place of wood-fired cook stoves, which require cutting as much as 70 pounds of wood per day. The harvesting of wood, in turn, contributes to the deforestation of the wooded Aravalli Range of hills, which serves as a buffer zone between the forests to the east and the Thar Desert to the west.

When local people build solar cookers themselves, they “own” the project, says Udaykumar, who credits UI geography professor Raj Rajagopal with getting him interested in the Winterim project.

“Allison has been leading our efforts to develop low-cost, high efficiency solar cook stoves, particularly stored-energy solar cook stoves for the developing world,” Udaykumar says. “She has spent time in India and in Cameroon working on the project; in Cameroon she went on a Stanley Fellowship on her own initiative and trekked 30 miles into the bush to carry and demonstrate solar cookers in remote villages.

“Her initiative and drive are truly amazing.”

Kindig notes that the project requires teamwork, and no individual or profession acting alone can be effective.

During Kindig’s return to India this winter—this time as Udaykumar’s research assistant on a project funded by the UI Center for Global and Regional Environmental Research—she says she visited the same villages she saw three years earlier.

Kindig learned that progress doesn’t always move in a straight line. For example, she noted that her solar cookers have technical and economic design issues to be resolved before they will be ready for large-scale deployment. In the meantime, she used a $1 device to improve existing wood-burning stoves.

“It’s a little metal insert that fits nicely into pretty much any traditional cookstove in the village we visited,” Kindig says. “By allowing more air to enter and flow throughout the fire, the insert creates an environment for wood to burn more efficiently and cleanly.”

Kindig, who has a minor in business administration and a certificate in global health studies, says as an engineer it’s so important to understand that you are solving a problem that is specific to people. “The potential for negative consequences is very real,” she says. “Our approach needs to be careful, cautious, and responsible. Before we suggest an idea, we need to fully understand the complexity of the issue. That’s why we are a multi-disciplinary team.

“My travels abroad have changed the way I view engineering and the impact we can have as engineers,” adds Kindig, who will graduate this May and plans to pursue a master’s degree in the field of engineering for sustainable development. “My greatest realization from participating in complex global issues is that engineering is one slice of a diverse spectrum of expertise that must seek to include and negotiate technical sciences with social sciences. I think that it’s really important to consider the role of your own discipline in the context of several other disciplines.” 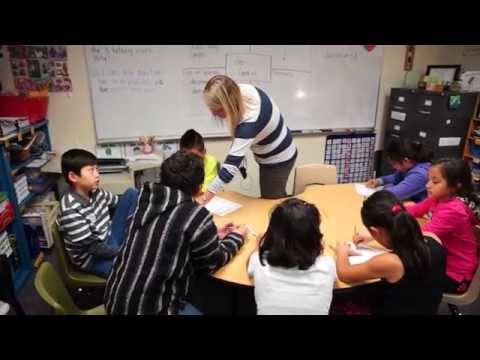