“The Student Experience” showcases University of Iowa students who excel academically—inside and outside the classroom. This is our second entry in the series; look for the next story on Dec. 1 Logan Suhrbier kneels before the flag arrangement on the Pentacrest. Photo by Tim Schoon.

Two years after leading a team of 17 Marines in Afghanistan, Logan Suhrbier is leading his fellow veterans to success at the University of Iowa. Suhrbier worked as a bomb dog handler during his first deployment in Afghanistan’s Helmand Province at age 20.

He began his second deployment in Afghanistan in the Nawa District when he was 22, where he led a fireteam.

In the fall of 2012, just months after his second tour in Afghanistan ended, Suhrbier enrolled at the UI. The Lehigh, Iowa native admits the transition was bumpy, and eye opening.

“I think the transition from the military to becoming a student is very difficult, because everyone’s experience in the military is different and no one has the exact same career,” says Suhrbier, a sociology major who’s working toward becoming a federal agent. He is expected to graduate in May.

Now, he’s using the time management and communication skills he picked up during his service to connect veterans across campus and help guide them academically as president of the University of Iowa Veterans Association.

“We try to create a strong base for the veteran community here, so we all have someone to relate to,” Suhrbier says. “We bring people into the fold right away, so they can feel normal and feel like they’re automatically part of a group.”

The senior is involved with orientation for new students and introducing them to the student-run group, but he’s also taken on a role as a peer advisor leader to set up a veteran-to-veteran mentorship program on campus.

In that role, Suhrbier connects with other on-campus veterans—who are often older, nontraditional students—on campus with the goal of easing their transition into and through education.

Sometimes, that means offering suggestions on where to park or eat on campus, but it can also lend itself to helping navigate a class schedule, offering tips for academic success, and pointing them toward the resources on campus that can help them access their benefits and financial aid.

Allen Roberts, military and veteran education specialist at the UI who also guides the UIVA student group, says the mentorship provided by the UIVA community can be invaluable when it comes to the academic success of student veterans.

“Often, if you don’t have a social network to pull you out of a rut or to motivate you it can be deleterious to your efforts here in college,” Roberts says. “If things aren’t right at home, they won’t be right here in the classroom and there are various studies that have shown that.”

Roberts says the work Suhrbier does has helped boost involvement among veterans on campus, which, ultimately improves outcomes.

Suhrbier says he enjoys his role because he knows he can have a direct impact on veteran success. And when he speaks to other veterans about the peer mentoring opportunities on campus, he tells them about his own experiences.“Logan is a good kid. He works hard, he helps out here, and he also helps get other students involved,” Roberts says. “He gets it because when he moved here he didn’t know a lot of people either and he saw the importance of having an epicenter for veterans on campus.”

“It’s rewarding, morally, to reach out to other veterans and know that you helped them,” he says. “With that support and information, veterans can get adjusted and make the most of their time at Iowa.” 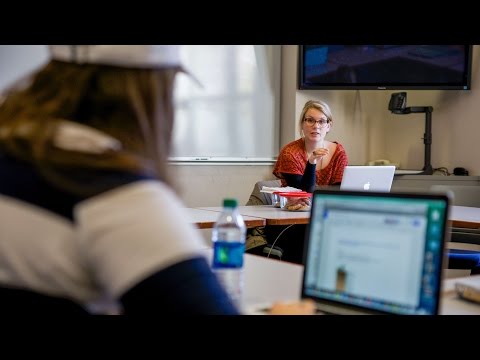