Faced with declining enrollment and rising costs, some small liberal arts colleges have added professional and vocational majors, a decision University of Iowa researchers say has strengthened rather than undermined the schools’ mission.

In fact, students at liberal arts colleges realized virtually the same educational gains, no matter their major, according to the findings, presented Friday at the Association for the Study of Higher Education’s annual meeting in Washington, D.C.

The report also says the only differences were liberal arts major expressed a greater interest in literacy while professional majors scored higher in leadership skills. Ernest Pascarella, professor in the UI’s College of Education and report co-author, says the study, which involved 28 four-year liberal-arts colleges, was designed to test the assumption that liberal-arts majors make greater educational gains than their classmates majoring in such fields as education, business, and engineering.

“The major finding for me is the impact for liberal arts colleges may be more on the institutional level, not the major level,” Pascarella says. “In other words, the institution has more of an impact than the major” on a student’s educational gains.

The UI report finds that, by and large, that isn’t the case.

“Adding professional programs could be the best opportunity to protect against any further mission creep,” the authors say. “Colleges are better able to provide residential education and small class sizes by drawing on the financial resources that are available thanks to professional and vocational programs. Adding these programs allows colleges to pursue their mission rather than close their doors.”

But other small liberal arts colleges are determined to remain true to their mission despite expanding their programs.

Miller said the next step would be to examine how these colleges implement their professional and vocational majors and how their approach not only differs from large universities but influences the educational outcome of students.

“That would give a lot more credence to the idea that these programs can be mission sustaining as opposed to mission subverting,” he said. “How they are implemented could be the difference in how these students in professional majors are still getting a broad liberal arts education.”

Funding for the study came from a grant from the Center of Inquiry in the Liberal Arts at Wabash College to the UI’s Center for Research on Undergraduate Education. 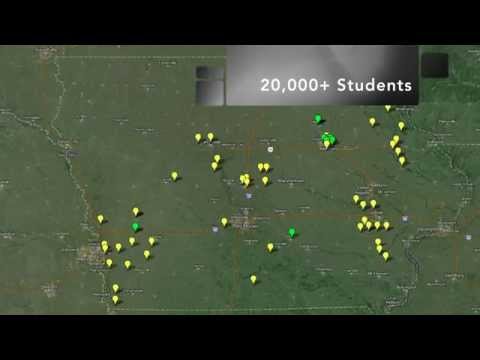